Safe and welcoming sport, physical activity and recreation the focus of minister’s meetings with counterparts

FREDERICTON (GNB) – Safe, welcoming and inclusive environments were the focus of weekend meetings of the federal, provincial and territorial ministers responsible for sport, physical activity and recreation.

Tourism, Heritage and Culture Minister Tammy Scott-Wallace and her fellow ministers attended the conference in Niagara, Ont., discussing sport safety issues, including concussions, and how to increase the participation of women and girls.

“There is so much to be celebrated in sports, but also so many challenges that women and minority groups face,” said Scott-Wallace. “There needs to be a culture change if we want safe and inclusive sports. Physical activity is so important to the physical and mental well-being of all New Brunswickers, and we need to make sure that no one is discouraged from participating.”

About 38 per cent of women in New Brunswick participate in organized sport, and only 20 per cent are involved as coaches.

The ministers agreed to work towards establishing third-party authorities in each jurisdiction by 2023. The authorities will deal with the reporting process and resolution of maltreatment allegations for sports organizations that are funded by a federal, provincial or territorial government.

In October 2021, the provincial government established the New Brunswick Safe Sport Dispute Resolution Program, making the province one of the first jurisdictions in Canada to have launched a dispute resolution program.

Scott-Wallace said the Department of Tourism, Heritage and Culture will continue to invest in various organizations to further the participation of women and girls in sport through promotion, mentorship and programming, such as the She Is Active initiative.

The ministers’ next conference will be held in Charlottetown in the winter of 2023. 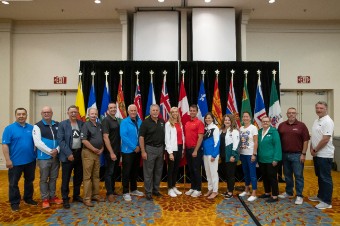